Musically speaking a Dyad is a set of two notes or frequencies that often denote a chord. In philosophy, Dyad represents the principle of duality. An apt title for Ewol & Skylark’s EP with each producer complementing and enhancing the other’s style. The Dyad EP was created during a European tour, taking in Switzerland and […]

Talkre (pronounced Talker) is back with another great EP. Following on from the “Isolation EP” on Dispatch Limited earlier this year, DIS140 is his Dispatch Recordings debut with the‘ Tannhauser Gate EP” The EP takes its name from the last words of Roy Batty, lead renegade replicant in Blade Runner. The track itself was built […]

Dub Head ‘Bring you Back Online’ LP Beatport Exclusive: 23rd August Full Release: 6th September   Ukrainian drum & bass producer Dub Head first began his career as part of the Cybernetic crew in Kiev. His industrial, scientific spin on the genre has since gained him international attention. From his ‘Entropy’ release on imprint Syndrome […]

This experimental two track release comes from Akkrid & Distrikt; production partners who following Akkrid’s recent emigration to Australia from the UK, have worked across time zones to bring us “Tomahawk”- a tribal, minimal beat that packs a weighty bass punch. “Third Kind” is Distrikt’s debut solo track and is an experimental journey through deep […]

Dispatch 139 sees the return of Kyrist to the label for a varied 5 track EP. Choosing collaborators and remixers that form an inspiration to her own productions, this EP is a snapshot of the current styles and sounds that make Kyrist’s DJ sets so unique. Title Track “Bad Omen’ is a heavyweight stepper, showcasing […]

Named after the college where Tephra studied music production, the Alchemea EP sees Tephra & Arkoze re-unite with friend and collaborator Ray Uptown, for their own brand of alchemy. This transatlantic pairing is the result of several months of collaboration with Ray Uptown whilst he toured the UK last year – a versatile artist known […] 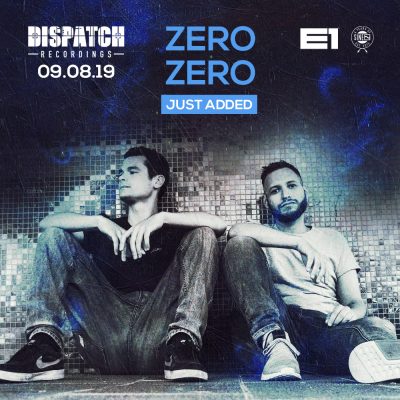 For his first outing on Dispatch, the follow up to the outstanding “Sub Rosa EP” on Dispatch limited, Natural Forces delivers five tracks of funk with something for everyone. From the blissful, liquid opening track “Alone”, to the choppage of Deadly Technique this EP sees Natural Forces demonstrate his versatility once again. Title track Orbital […]

With six tracks exploring his minimal and experimental side, Black Barrel demonstrates his versatility to great effect. From the rolling funk of the title track “Fabric” to the minimal, mechanical glitch of “Not Your Floor” this EP shows an alternative view to a producer otherwise known by some for his harder edged production. “Breeze” features […]

Trex return to the label for this excellent EP. Four varied tracks demonstrate the versatility of this producer, as he showcases the wide range of his inspiration and style. Opening track “Rolling Dub” was written for Trex’s set at last year’s Sun & Bass, and has had strong support from Randall since then. Snapped up […]

Four tracks of rolling funk form the latest release on Dispatch Limited, with newcomer to the label Talkre on production duties. “The Bug” opens this EP with growling synth and staccato beats, the mechanical, robotic funk of “Skynet” is up next, before the tough stepping, precision of “Cold One” and the title track “Isolation” complete […]

Ben Soundscape joins forces with Roygreen & Protone for the next release in the Dispatch Limited series. This international collaboration is the result of regular journeys from Bristol to Vienna, preferring to work in the studio together rather than over the internet and we think the results speak for themselves. Featuring the incredible vocal talents […]