Visionobi makes his solo release debut; the ‘Trapped Spirit EP’ on Dispatch LTD. Amidst a stacked touring schedule as one of the best loved MCs on the circuit, Visionobi takes centre stage, with four tracks making up his first full release. Delivering intricate wordplay in his own unique flow, Visionobi demonstrates his true versatility; expertly […]

This November, we are pleased to welcome Visages for their debut on Dispatch LTD. The Toulouse based collective is comprised of four of the finest French producers, following up recent forays on Flexout with a fearsome entry on Dispatch. Buy Links: • Dispatch Store – bit.ly/DISLTD059 • Bandcamp – bit.ly/DISLTD059BC • All other stores – […]

A mainstay at Dispatch for some years (as one half of a duo), we present our first solo M-zine release; the ‘Stalwart EP. Best known for his work with Scepticz, the Belgian carves his own path on the ‘Stalwart EP’ with an astute balance of crisp drum work and thumping low ends. Buy Links: • […] 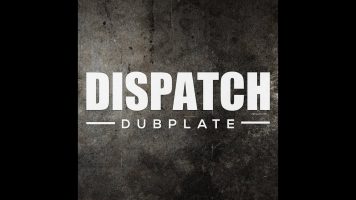 Commix returns to Dispatch Dubplate; releasing some of his most in demand dubs. Simplicity and vibe remains essential to the Commix sound, with a stripped back, techno inspired ethos enabling his music to carry great longevity, no matter the style. Unreleased for a decade but still as effective as ever, ‘Daggers Dub’ heads up the […]

Russian drum & bass producer Black Barrel is one of the most sought after producers to come through the ranks in recent months. After his discovery by Ant TC1, a tastemaker who͛s founded the careers of many similarly talented artists, he was brought into the fold of Dispatch Recordings and has since dropped a plethora […]

In light of his recent debut on Dispatch we spoke to Trex about his new single, key influences in and out of the scene and what’s in store for 2019…   Hi Trex, pleased to welcome you onto Dispatch! Yes very happy to be on board with Dispatch! How did the tracks ‘Blocks / Belly’ […]

Kyrist makes a blistering return to Dispatch this September with the ‘Fragment EP’. Her third solo label release, the Bristol based producer celebrates the splinters and nuances to her ever evolving sound. ‘Hoodlum’ and ‘Outbreak’ are out and out weapons, with Kyrist striking at the jugular, whilst ‘Fragment’ shows a more experimental side. This […]

Welcoming back one of our favourite artists, Nymfo returns with the ‘Twisted Funk EP’. A new chapter beckons from the Dutchman, who consistently defies the odds with every coming release; his signature rolling grooves re spawning as fresh as ever. Buy Links: • Dispatch Store – bit.ly/DIS129 • Bandcamp – bit.ly/DIS129BC • All other […]

We only light the beacons for Dispatch Dubplate on special occasions and this is no exception; DLR is back, with a first solo release since his 2016 album ‘Dreamland’. Bristol’s finest has kept these gems close for the past year, reserved mostly to his and Ant TC1’s own sets – we are proud to […]

Read more about our first exclusive signing Black Barrel as he chats about his debut LP, chocolate addictions, parkour and more courtesy of UKF. His album ‘The Last Frontier’ is released 26/10/2018, pre-orders are available here: https://bit.ly/DISBBLP001 Read the full article here.

Their first full release together on Dispatch, the mighty pairing of Philth & Wreckless join forces on the ‘Heimlich EP’. Hoisting together some serious hurters in the past such as ‘The Circle’, one studio session took a turn for the worst when Philth inadvertently choked on a piece of steak. Wreckless quickly came to the […]